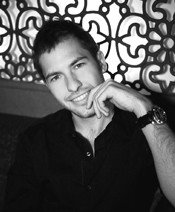 A true tastemaker, Laurenza blends experiences and cultures to produce unique and distinctive designs drawing inspiration from his extensive travels around the globe and his background in sculpture, jewelry and architecture.

MCL by Matthew Campbell Laurenza’s woman’s collection launched at Bergdorf Goodman in 2007 to commercial and critical acclaim. It was soon picked by industry heavy weights like Neiman Marcus, Harrods or Lane Crawford in Hong Kong. Today, the brand is sold in over 100 retailers in 36 markets and is present in the world’s fashion capitals including Paris, Dubai, New York, Tokyo, and Moscow.

Building on the success of the jewelry line, Laurenza now brings his signature conversation-starter esthetics to handbags –who immediately became a red carpet staple- men’s and costume jewelry.

“I believe every piece a person wears should say something about herself. I think that’s what the MCL woman is: someone who comes to us to make her voice heard.”